Posted on 8 April 2020 in coronavirus, covid-19, policing, the conversation

Coronavirus: Why We Must Tackle Hard Questions About Police Power

We need to be clearer about what’s at stake when deciding how, for what purpose, and against whom, police authority is deployed.

The COVID-19 crisis has – in a most dramatic and unexpected way – brought policing back to the forefront of the public mind. As police forces grapple with how to secure adherence to new public health regulations while sustaining legitimacy, social media is a battleground of tales of petty police officiousness towards “law-abiding” citizens or urgent calls for the police to stop selfish gatherers putting lives at risk. Lord Sumption, a former Supreme Court judge, took to the airwaves to berate Derbyshire Police for using drones to shame walkers in the Peak District, muttering darkly about a police state.

The “lockdown”, and its uncertain duration and effects, calls on us to confront some enduring but vital questions about police power and its limits, and about the fragile relation between the exercise of those powers and public consent. This means thinking again – and hard – about the police mission: what it is we expect the police to do, and how should they go about doing it?

In a paper published by the Strategic Review of Policing in England and Wales, I argue that in a liberal democracy these questions demand constant attention: what is policing for? Are the police crime fighters or a social service? Should they be reactive or proactive? Are they the thin blue line between order and chaos or a constant threat to precious liberties?

It’s easy to grow weary of the repetitive back and forth of these, and this can prompt the police to claim they simply do whatever is asked of them, or to wheel out the Peelian principles of policing by consent as a source of timeless wisdom rather than complacent self-legitimacy. Neither will do. What’s at stake must be clearer when deciding how, for what purpose, and against whom, police authority is deployed. And we need to understand and revise that purpose for the changed world we actually inhabit.

One common answer to the mission question is that the police are crime fighters. This seems rooted in actions that officers perform: enforcing transgressions of the law, making arrests, bringing offenders to justice. It also has a deep affective resonance rooted in a social fantasy of police as heroic (male) protectors of “us” from dangerous “others”. The idea of mobilising a crime fighting force is a constant temptation for political rulers.

But, time and again across jurisdictions, this idea has been shown to bear at best a partial relation to what officers do, or why police authority is called upon. These fatal flaws are so great that we have to ask instead why this idea stubbornly persists.

The COVID-19 pandemic demonstrates once again the limits of the idea of crime fighters. But better light is cast on another conception of the role: the protection of vulnerable individuals and groups from high, hidden and remote harm.

Changing patterns of victimisation – especially those produced or accelerated by the digital revolution – have given this protective purpose great traction over recent years. It has given rise to new police units and specialisms and a lexicon of vulnerability, safeguarding and wellbeing.

The lockdown of the population is of serious concern to the safety of women and children for whom home is a dangerous place. It is also accelerating and extending the digitalisation of economic and social life – including its risks. This gives added urgency to questions about the role – and limits – of the police in safeguarding vulnerable and exploited people. The police may colonise protective work best left to education and social work, or assume tasks (in respect of online fraud, for example) for which they lack the requisite skills.

It also brings into sharper relief the importance of negotiating democratic consent for forms of (often invisible) policing that prioritise harm suffered by vulnerable minorities over demands for local order made by law-abiding majorities.

What of regulating the current lockdown? This is arguably the police’s overarching purpose in a democracy: managing social tensions and repairing breaches in social order. The police do not produce order (police forces only emerge once order has been made possible by other means).

The lockdown demonstrates, once again, that orderly societies depend on social norms (such as trust in authority and between citizens) that the police neither create nor control. But the police are key managers of social order. They alone have the power to apply provisional solutions to breaches of that order – most often by persuasion, but by force if that is required. How these solutions are applied – and the kind of order that is maintained – are grave matters of utmost importance to safety, liberty, and the quality of democratic life.

See also: How Indigenous People in the Amazon Are Coping With the Coronavirus Pandemic

The COVID-19 crisis is a clear reminder of the intimate connection between policing, security and democracy. The police do not simply provide an answer to the question “how safe am I?”. Police actions send people a powerful signal about where they belong, who cares about them, and the kind of society they are members of. This is why the sensitive and fair policing of public health regulations is so important, especially against minority groups with a history of poor relations with the police.

This is why it’s vital to maintain an inclusive public debate about what the police do and how they should do it. Such debate matters more, not less, in an emergency, tempting though government might find it to close discussion down. Involving people in a sustained dialogue about how they are policed is not simply about preserving liberty. It is always also a vital contribution to their security.

Professor of Criminology, University of Oxford

Ian Loader is Professor of Criminology and Professorial Fellow of All Souls College.  Ian arrived in Oxford in July 2005 having previously taught at the University of Edinburgh (1990-1992) and in the Keele Criminology Department (1992-2005) He is also an Honorary Professorial Fellow in the School of Social and Political Sciences at the University of Melbourne. Ian is a Fellow of British Academy and the Royal Society for the Arts. 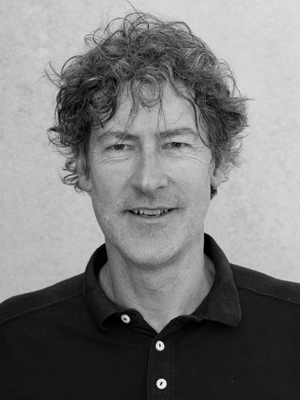 The Assemblage of Worthless Scraps into Compositions