Rana Plaza: Does it Take a Tragedy to Make Businesses Responsible?

How campaign groups and trade unions play a crucial role in bringing about change after companies are rocked by scandals such as the Rana Plaza disaster.

Sudden or disastrous events that highlight business irresponsibility abound. The recent Volkswagen emissions scandal, BP’s Deepwater Horizon oil spill in 2010 and the Rana Plaza factory collapse in 2013 are notable examples. But must we rely on these destructive and often deadly events to change irresponsible behaviour? And are they the trigger for more positive interventions?

Research that I’ve carried out with my colleague Jimmy Donaghey into the response to Rana Plaza indicates that these disruptive events can have an effect. But that effect is not automatic. Rather than being a simple trigger for change, these events are an important part of a wider process.

The Rana Plaza disaster of April 23 2013 – which killed more than 1,100 people and injured a further 2,500 – brought into focus the poor work conditions that exist among some outsourced operations of multinational clothing companies. Since the disaster, a groundbreaking agreement has emerged between about 190 brands, two global union federations and their affiliates, and four campaign groups. Known as the Accord for Building and Fire Safety in Bangladesh, it was signed in May 2014 and is a commitment to develop safer workplaces in Bangladeshi garment factories.

The accord is novel on a number of fronts. Rather than focusing on single brands, it establishes a sector-wide approach to safety among the 190 signatories. It is also legally binding; arbitration decisions are enforceable in the courts of the brands’ home countries. Additionally, the accord involves a high degree of cooperation between unions and companies in global supply chains.

But it wasn’t the disaster alone that brought the accord about. A coalition of campaign groups and trade unions played a crucial role in seeing it come to pass. And their success offers some lessons in how groups can pressure other businesses to act more responsibly.

Coalition of campaigners and trade unions

For years prior to Rana Plaza, international trade unions and campaign groups had been at work in Bangladesh, lobbying for better conditions. And following the disaster, they were able to leverage their past efforts to bring about the accord.

Bangladesh had emerged rapidly as a key global player in ready-made garment production, becoming the second largest producer in the world after China. While many factories had reasonable standards, others had cramped conditions and poor health and safety records, particularly in the areas of electrical safety and fire risk.

In fact, Rana Plaza was “only” one of many deadly factory fires and building collapses. Six months before Rana Plaza, 112 workers were killed in the Tazreen factory fire. This disaster prompted unions and campaign activists to collaborate more closely in their attempts to get brands to work with them to improve factory safety.

When Rana Plaza occurred, unions and social movement activists additionally had already created a “Memorandum of Understanding” with two companies, which became the template for the accord. Consequently, when the Rana Plaza disaster occurred, negotiations were already underway which could be built on.

The unions and campaign groups complemented each other when it came to negotiating the accord. This helped them put aside their territorial rivalries in terms of representing the interests of workers.

Following Rana Plaza, global union federations had previously established relationships with some Western brands, such as H&M and Inditex, and the International Labour Organisation, which they could leverage. Despite having a mere 5% union coverage among garment workers, with the help of campaign groups they were also able to quickly establish that a major cause of the disaster had been the fact that workers didn’t have a strong, empowered voice.

Cracks had been visible in the building the day before the fire, for example, but workers were powerless to close the factory, despite these hazards. Subsequently, union actors and social movements helped make a strong worker voice a key part of the media narrative.

Campaign groups also skillfully rallied western consumers to their cause, mobilising them to sign online petitions targeting the brands that were unwilling to agree to the accord.

The Rana Plaza disaster brought a huge level of media attention to the garment industry. Brands connected to Rana Plaza were immediately established as bearers of responsibility and faced potential reputational damage if they did not commit to safety improvements.

While some brands with a more progressive approach immediately got behind the accord, others tried to distance themselves from Rana Plaza. The Workers’ Rights Consortium, a campaign group working on the ground in Bangladesh, made gathering evidence on which brands were sourcing from the complex an early priority. Thus, some brand names were found in the debris, and their connection to Rana Plaza was made unequivocal.

While Rana Plaza and related disasters were important for the development of the accord, the novel approach of campaign groups, working together with trade unions, has prompted a number of further initiatives. In particular, there has been a move away from social auditing, where each company audits itself, to a system in which companies take joint responsibility for factory safety with their peers. This also enables brands to benefit from economies of scale, although such initiatives are unlikely to be as comprehensive as the accord.

The aftermath of Rana Plaza did create an environment in which companies, unions and workers could set aside differences and operate together through compromise. Ultimately, however, the real change came about thanks to the increasingly organised alliance of unions and campaign groups.

Jimmy Donaghey, Professor of Industrial Relations and Personnel Management at the University of Warwick, also contributed to this article.

Juliane’s research draws on insights from organization theory, political philosophy and process studies to explore, broadly speaking, how transnational governance institutions emerge and evolve as a result of the interactions of multiple stakeholders to promote more just and sustainable forms of globalization in global supply chains, but also organizations in general. 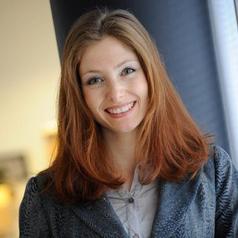